Who say you cant look cute while working out? Fashercise is hosting a popup shop selling stylish fitness clothing to look fit while getting fit. There will also be free exercise classes on the Boxpark roof. Time to get your sweat on.

In honour of their 45th birthday Gap is throwing a birthday bash and you are invited. To celebrate, they are throwing a Boxpark bash this Thursday at 6pm with a DJ, drinks and vintage T-shirt printing. Happy Birthday Gap!

Spiked Clothing are the latest new brand to join the BOXPARK Pop-Up family. Launching tomorrow they will be in unit 17 for just 5 days! So if you, like Jamie Ryan Dee, like something new and original go and have a look at the new range before it’s gone!

Launching yesterday, the #BOMBTHEBOX series has landed at Boxpark. It is not however another pop-up shop, it is a blank canvas for a six week street art project. Starting on Sunday and continuing for the next six weeks, 6 different international graffiti crews will come and display their creativity, with live DJs and beatboxers as the sound track to each session. This Sunday’s session starts at 10am if you’re feeling fresh!

WAH nails returns to its home in East London today with the opening of their WAH nails boutique in BOXPARK. After travelling the globe sharing their creative designs they have decided to return to their roots turning art and fashion into unique nail designs. Whether you want airbrushed, digital print or hand painted designs WAH nails cater for you all. We fully intend on booking in for a long, relaxing appointment because lets face it nothing feels better then having your nails done.

Secret Emporium’s Pop-up event at Boxpark was a huge success. We were lucky enough to attend the opening on the 15th of March were we sipped on Belvedere vodka cocktails and listened to the eclectic sounds of funk, soul and groove, mixed by Jay Karmin and Michael Palmer.

All of the designer’s collections lived up to their expectations of being able to excite and inspire but it was the jewelry that stole the show! With EA Burns’ beautiful 3D pieces, Tessa Metcalfe’s ‘Delusions of Grandeur’ collection and Rosita Bonita’s under the sea inspired collection turning many heads. Along with newbies Wolf + Moon and Only Child also causing a stir amongst the guests.

So after an evening of chatting to amazing designers and gorgeous people we left Boxpark lusting after everything, with excitement for the next secret emporium event and a slice of Pomp De Franc cake for the ride home. 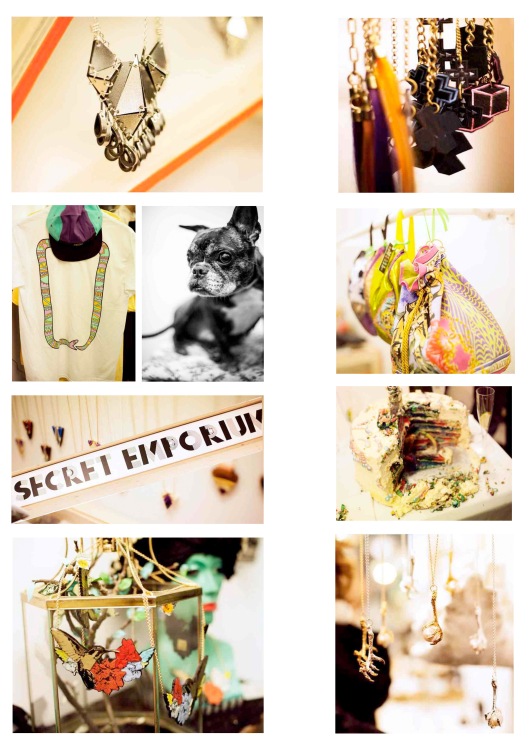 If you haven’t already heard of The Secret Emporium well, then, you probably shouldn’t tell anyone, cause that’s kind of embarassing.

But just in case you haven’t, The Secret Emporium is a collective of the best British designers around. Described by Harpers Bazaar as the ‘cream of the independent British design crop’ this powerhouse of unique designs has gone from strength to strength over the past couple of years, gaining well deserved recognition and expanding into something truly magnificent. As well as curating several events through out the year for their designers, SE also provides Secret Garden Party, Wildnerness Festival, Bestival and Glastonbury with a little tents worth of their world of wonder.

You can catch The Secret Emporium at The Boxpark from March 15th until 24th, where they will be showcasing 20 of the best of their talent, including ShopFloor Whore, Isobel Webster, Tessa Metcalfe, EA Burns and mooooooore. 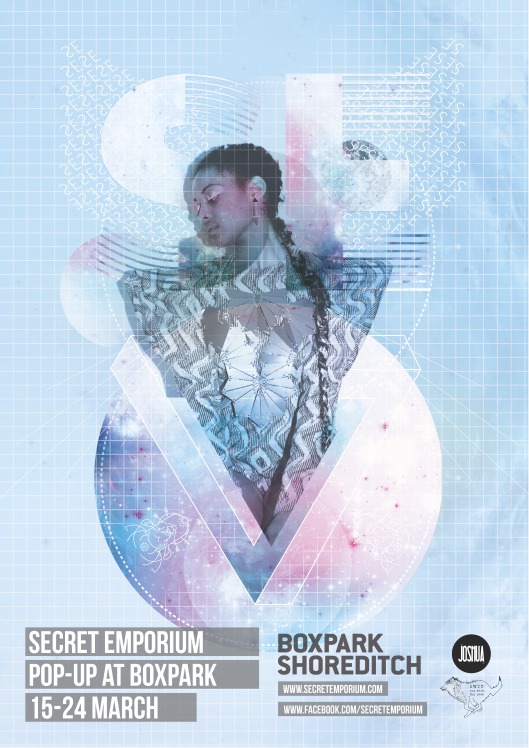